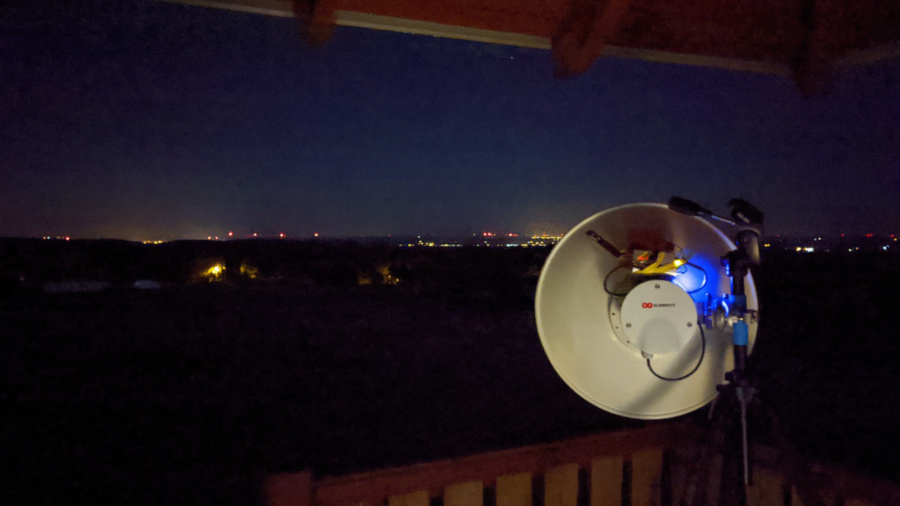 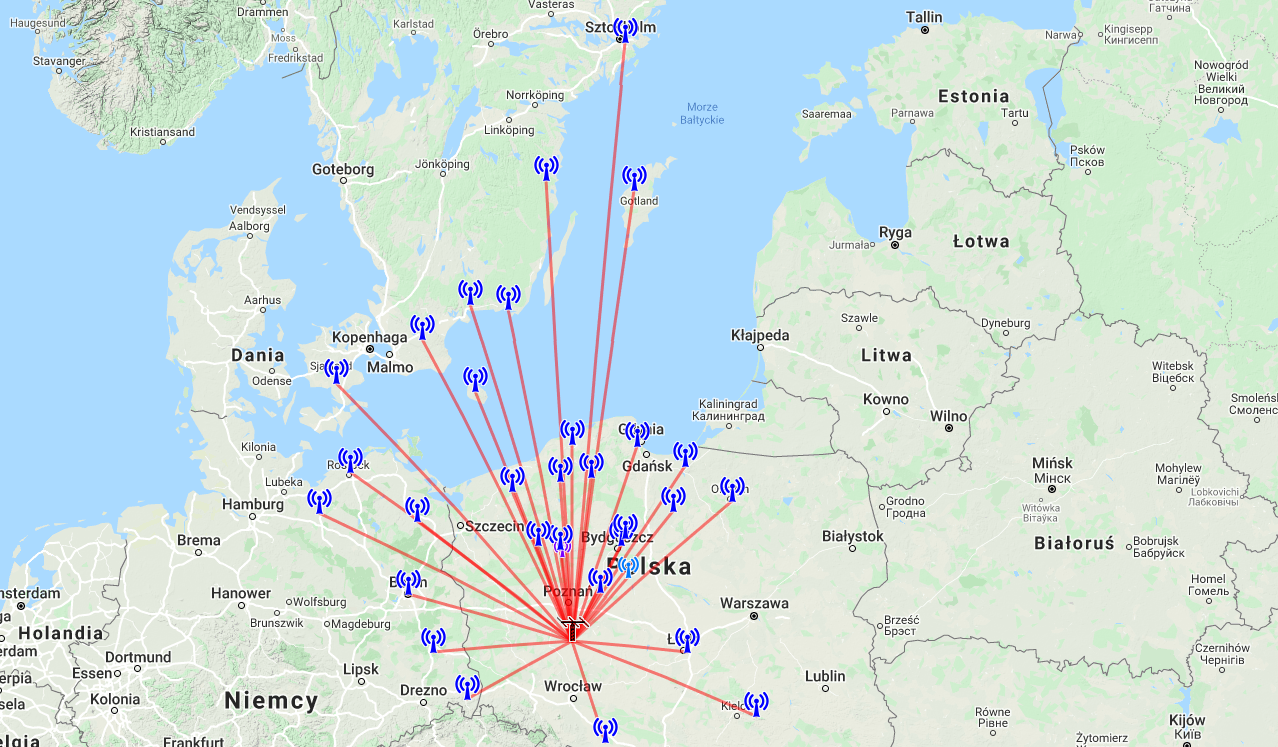 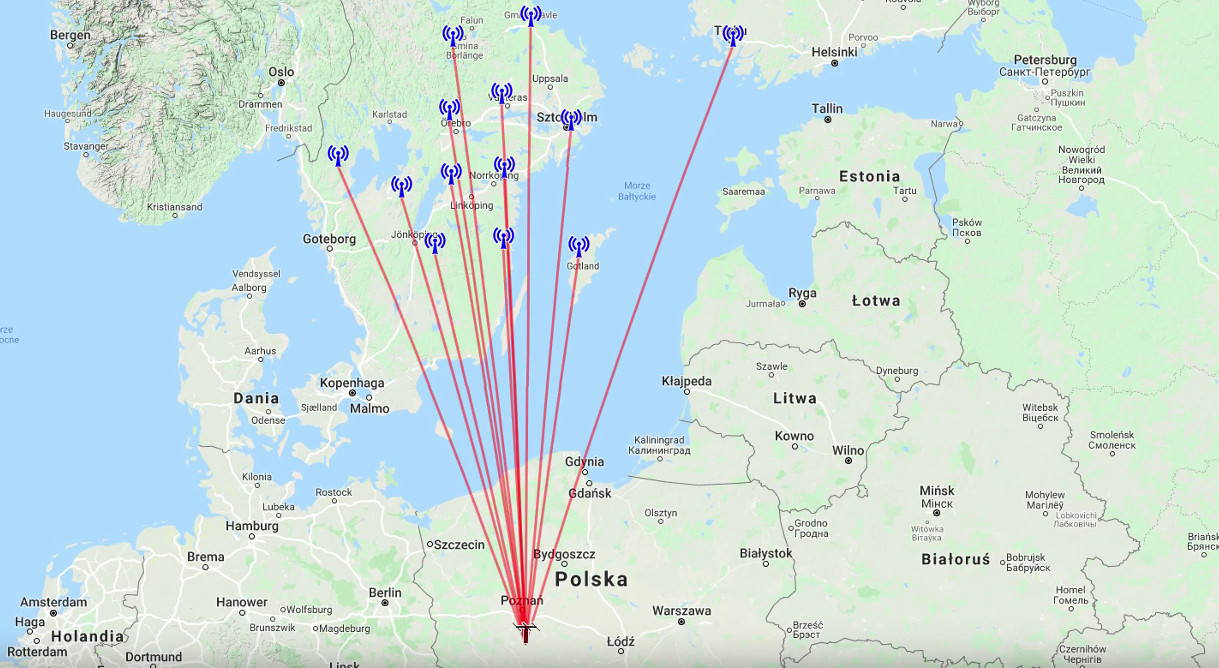 The early morning of June, 27th 2019 brought one of the biggest tropospheric propagation from Western Europe we have ever observed from Poland. Looking at the results, it can be stated that it was the strongest tropo on the VHF FM band 87.5-108 MHz from the territories of England, the Netherlands and Belgium for at least 15 years (probably since ever), with many transmitters and areas received for the first time. The received signals reached the stereo and even RDS quality on many frequencies, and the maximum distances exceeded 1500 km.