The weather in first days of summer brought a widespread high pressure system that has settled down over Eastern and Central Europe. Very good tropospheric conditions were forecasted between Germany, Switzerland, Czech Republic and partially Poland.

In the evening on June 23, I quickly checked the signals before sleep. There was nothing interesting on the 87.5-108 MHz band… except one low modulated station on 107.3. I have already received hr4 from Germany on this frequency twice before, but with weak signal levels. I was quite busy, so I kept the 107.3 tuned for any upcoming identification. In a moment I saw a PI code: D704. Well, that was odd, because I thought that hr4 carries a different PI code. And I was right, shortly I heard an ID – SWR4 verkehr! So, this time I got Raichberg @ 898 km on this frequency.

I was a bit shocked, as the signal escalated quickly to a 27dBf level, which produced a partial RDS PS. This time the tropospheric ducting was very directional and at the beginning I heard Raichberg only. Together with 107.3 SWR 4 I also logged 103.4 Antenne 1 and 91.8 SWR 2. Few minutes past 22 UTC I found 96.6 SRF 2 from Rigi @ 1015km. Raichberg was slowly fading down and up. Signals from other locations, included in a log below, were unstable and weak. Another Swiss location – Säntis @ 952km appeared on 99.9 (RSR La Première) and 101.5 MHz (SRF 1).

Just before 23:30 UTC I noticed that 107.1 Radio Zet from a semi-local Konin (30kW, 99km) has just disappeared. There was no scheduled maintenance and all other stations from this location were up and running. What an excellent chance for the DX reception! B5 aktuell from Ochsenkopf quickly produced the RDS PI code and partial PS on this frequency. In next 20 minutes I observed a transition from B5 aktuell to… Radio TON from Aalen, which finally also produced RDS, reaching even better level than Ochsenkopf. Aalen is at exactly the same azimuth as Raichberg from my QTH, so the strongest ducting path was still extremely narrow.

Aalen reached the RDS level also on 95.1 SWR 1 Baden-Württemberg, on an adjacent channel to my local Eska 95.2 in an opposite polarization. 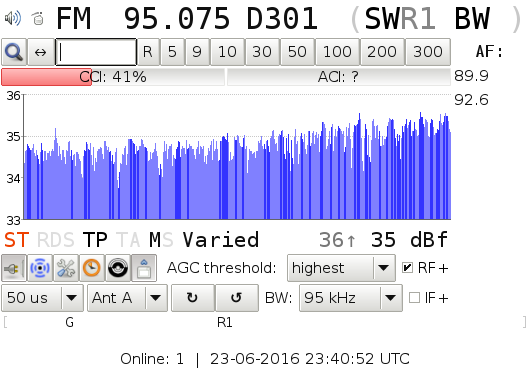 Meanwhile Raichberg peaked to the strongest signal and 107.3 SWR 4 produced full RDS PS: SWR4_TU_. Other stations were interfered by adjacent signals, however detuning from 91.8 to 91.775 allowed PI decoding on SWR2 (D3A2) despite a distorted signal. 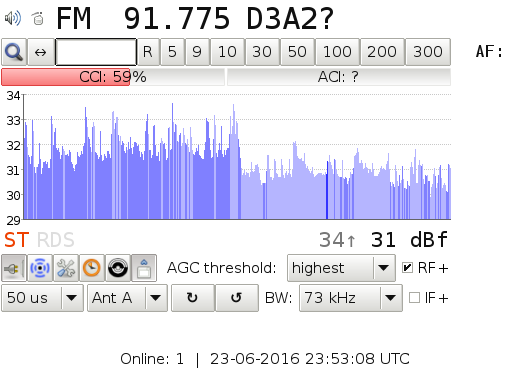 Radio 7 from Aalen on 103.7 also reached the RDS level few minutes past 0 UTC and then tropo started to fade down. Around 1 UTC I logged DLF 100,6 from Tuttlingen @ 932km. Shame that there was no sign of France… 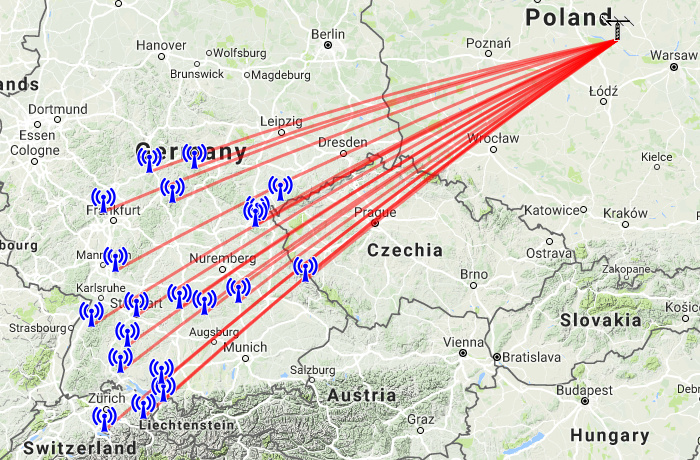 Before going to sleep I left my XDR tuned to 91.8 for an overnight recording. Unfortunately Raichberg faded quickly away and there was only MDR JUMP from Löbau @ 385km at night and in the morning. Around 10 UTC Oschenkopf (90.7 Bayern 1 & 99.4 Bayern 3) and Hoher Meißner (89.5 hr3) produced RDS signals. There was also very weak 99.3 Bayern 3 from Büttelberg and unid German song on 107.9 audible for a moment. Hepburn’s forecasts for the morning were definitely overrated. 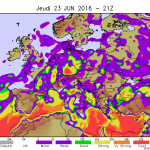 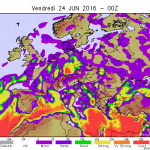 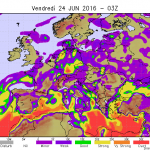 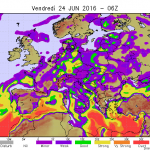 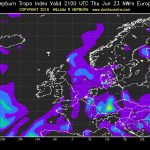 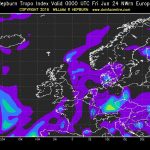 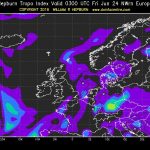 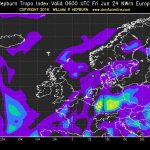