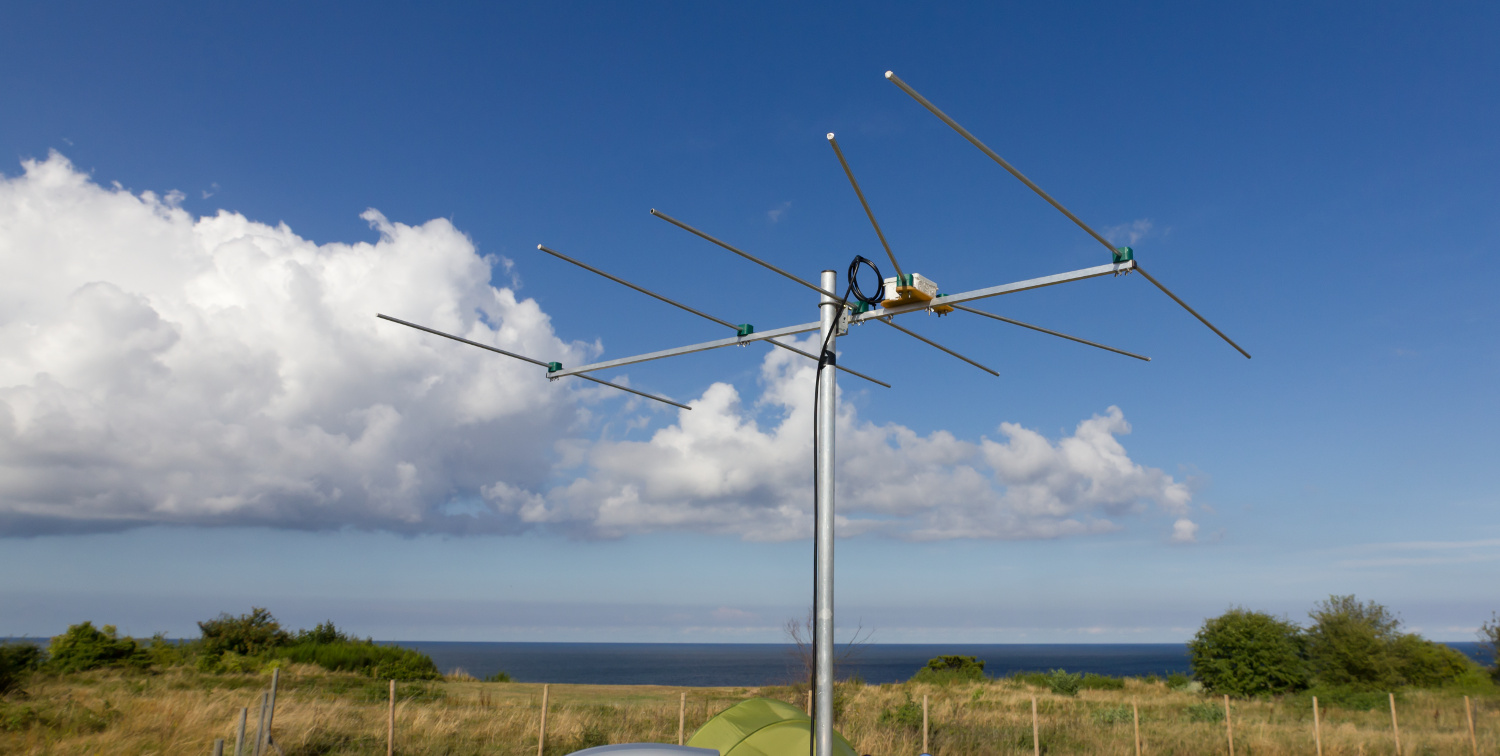 Just like almost every year in the past, I have visited Polish coast at the Baltic sea this summer. My QTH – Chłapowo near Władysławowo (JO94ET) was very well-elevated. It is over 40 m ASL, 3 m AGL and less than 200 m to the coast! I took my 5-el Yagi designed by Brian Beezley, K6STI. Moderate gain, F/R 20dB over entire band and small dimensions make this antenna perfect for portable usage. All elements are assembled with wing nuts, so it can be ready to go in just a few minutes.

The picture above presents Small Wideband Yagi heading Sweden. The visibility is perfect here to entire Scandinavian and Baltic countries like Estonia, Latvia, Lithuania or the Russian Kaliningrad region. Some trees slightly obstruct the horizon line, but it is completely negligible on VHF bands. Raising the mast too high is pointless, yes – it increases signals, but only on local stations. I was using my favorite preamp – PAR-825U (25 dB gain, NF 2 dB), to overcome the high noise figure of XDR-F1HD tuner. There is only one strong, local signal – 93.1 Radio Maryja at 0.3 kW ERP in vertical polarization.

Tropo propagation? Not this time – conditions were flat almost all the time, so I was not scanning too much. Back in 2010 I had only a dipole antenna (well, actually not a real dipole but one curved around the mast – we call it a “bucket dipole” here in Poland), and I have received Finland at distances over 700 km with RDS. However, this time due to poor conditions I was able to check reception via aircraft scatter with better antenna… and the results are excellent.

This is a full 87.5 — 108 MHz bandscan recorded at once during daily airscatter activity. It is 15 minutes long – you have been warned. Tropo was virtually absent, only a slight lift to Emmaboda. Antenna was directed at Sweden, but there is also Finland (100.3) and Denmark (88.1, 96.5, …). Oh, and 91.0 RMF FM (350 km) from opposite polarization and direction – completely unexpected here. Nice to see such quiet band with no interference! 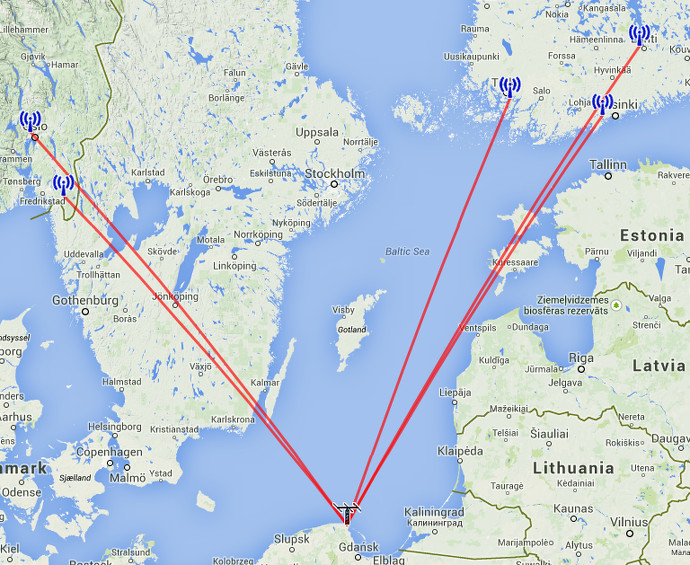