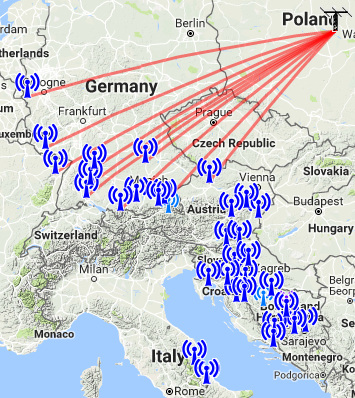 The first signs of an elevated tropo ducting appeared around 23 UTC on August 23. All forecast were full of colorful ducting shades, but it ended up just with some fair signals from Steinkimmen and Cuxhaven. 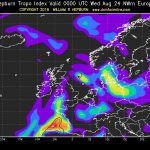 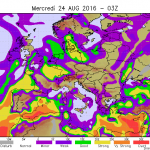 All signals faded quickly away, so I went to sleep.

I was expecting Norway to appear in the early morning, as forecasts suggested, but without any success. A bit later, around 7 UTC I noticed another German signal on 105.7 which led me to change the antenna direction. Of course it was B5 aktuell from Wendelstein, a famous transmitter in the Bavarian Alps. It peaked to RDS level, together with Bayern 2 and Bayern 3 from the same location.

All tropo forecasts were still very overrated… or maybe in fact there was a strong propagation in higher bands, eg. UHF? I guess the inversion layer was too thin for the lower VHF bands, as some Wendelstein frequencies were coming at O=4+…5-, while others were barely audible in noise. Anyway, this happens quite often within 88-108 MHz – the higher frequency, the higher signal level, despite the same ERP. 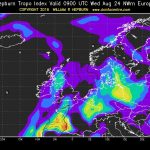 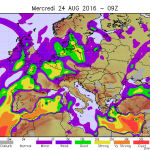 In next 30 minutes the ducting path extended to Grünten @ 876 km. Few minutes before 10 UTC all distant locations were gone, except a closer Chemnitz @ 524 km with RDS.

As the ducting path had shortened after the morning, I spent some time on recording Czech jingles and other audio snippets (dobrý den!) mostly from Ústí nad Labem – you can listen to them there. Chemnitz was still here since morning, with solid RDS signals. Besides the high power TXs, I noticed much weaker Radio Blanik 91.6 (only 1kW ERP, compared to 100kW from Ústí) in vertical polarization, which quickly reached RDS level. Few minutes past 16 UTC my semi-local 88.0 Radio 7 went down for a maintenance, so there was a chance for RDS reception of 88.1 Evropa2. It was too weak though.

I also logged Varnsdorf, Chomutov and Fichtelberg – three highly elevated locations, which always come via tropospheric ducting from this direction. 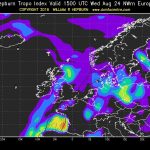 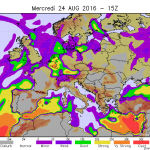 The propagation was quite widespread. At some point I found strong 95.9 DR P4 at O=5 from Århus. Together with Denmark I logged also some Swedish (eg. 99.7 Guldkanalen with RDS) and German (mostly Schwerin and Rügen) stations. It seems that Göteborg and Borås-tx have been recently upgraded with a new antenna system set to vertical polarization. I heard 99.4 SR P3 only in V and in H-pol there was just a blank channel with noise. 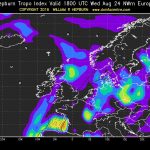 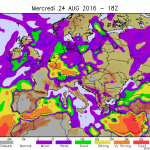 Ducting from south-western directions strengthened in the evening. Radio Blanik on 91.6 reached 25dBf. In addition to Czech stations I also heard Salzburg and Bruck from Austria. The daytime path to Chemnitz expanded to Leipzig, Hoher Meißner, Brocken and Oschatz.

Best conditions occurred around 22-23 UTC, with the ducting path extended to Baden-Württemberg. 91.8 SWR 2 from Raichberg produced 32dBf signal at 898km. The D3A2 PI code was decoded after detuning to 91.775, because of a powerful Radio Merkury 91.9 in the same direction – almost 60dBf!

Similary, 100.6 DLF from Tuttlingen – Witthoh @ 932km, peaked once to the RDS-PI D210 decoding quality, up to 28dBf, but with R. Jasna Góra on the same frequency. After this, the tropo weakened and shortened again to Czech Republic and surroundings… 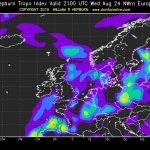 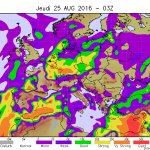 I woke up quite late – few minutes before 8 UTC and long range ducting was already in progress. I quickly found 95.9 WDR 3 from Aachen @ 951 km (!) and the same px on 95.1 from Langenberg. I tried Belgium and the Netherlands but without any success. I also received some rare Bayern locations like Büttelberg, Dillberg and Hessen – Hardberg. A bit later, at 9 UTC I logged Donnersberg and Saarbrücken on 88.0 – SR 1 with 22dBf signal @ 962 km, so close to France! 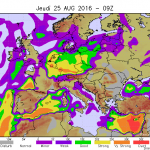 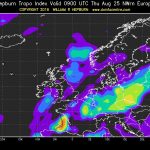 I was regularly watching Metz and Strasbourg (and Dudelange too!) frequencies and finally around 10:40 UTC I heard classical music on 95.0, matched with France Musique webstream. It produced up to 23dBf stereo signal, unfortunately without RDS as the signal was mixing with Radio Blanik or Radio Maryja, depending on the antenna direction. A double Körner 19.3 stack would be definitely helpful there. :D Nice to hear France again, after 4 years since last reception from this country, in 2012. The signal level was stronger this time so I attached a new audio recording in my log: Strasbourg – TDF Nordheim.

Donnersberg increased its strength after 11 UTC. 99.1 SWR 1 produced PI D3A1 with a level up to 26dBf and slowly faded away. Just like a day before, the ducting path broke down in a halfway and I got again a strong 107.7 R.SA from Fichtelberg, without any signals from behind the Ore Mountains…

There was something going on in the southern directions, as KRONEHIT 102.9 from Semmering was strong since the previous day evening.

When I rotated my antenna to Denmark and Sweden in the afternoon, I immediately found many low or medium power TXs. The most distinct one is definitely 91.8 Rado Nova, listed only as 0.01kW ERP at 597 km. As far as I read, some commercial stations push much more watts than permitted in the radio licenses, so I can’t be sure if it is really 1W.

I received one unlisted station – RIX FM 93.2. The AF list points to the area between Lund (near Malmö) and Kisa (near Linköping) as presented on the map. A bit later I heard a distorted remake of Toto – Africa, so I am pretty sure this transmitter rebroadcasts other RIX FM frequency and tropo hijacked the feed. The frequency list on RIX FM website doesn’t include 93.2 MHz. 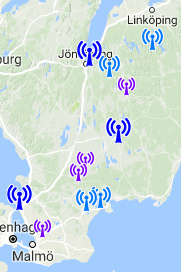 I attenuated my local 98.1 PR 2 (2.5kW ERP @ 33km, see the map below) in an opposite polarization and under it I found… Swedish language! I initially thought it is Radio Nybro from Emmaboda, but I’m not sure now, as there is also another transmitter of Värnamo Närradio which fits within the ducting area. Signal up to ~21dBf.

In the evening all signals intensified even more, also with some closer German stations near border (Löbau, Cottbus, Berlin). The most interesting stations are presented in a following table and can be heard on the merged video below. It is worth mentioning that I received SR stations again from Göteborg, Borås and additionally Jönköping – only in vertical polarization.

In the late evening I found 95.2 Radio Oberösterreich in a deep null of my local Radio Eska on the same frequency (6 km, in an opposite polarization, with full line of sight!). It eventually reached much better signal level in the early morning which allowed RDS decoding!! Absolutely outstanding.

The following video shows OOE in H-pol (Antenna A) and my local Radio Eska in V-pol (Antenna B, up to 81dBf when the 2×9-el stack is pointed exactly at transmitter). By the way, I detuned the frequency to 95.185 because of a strong RMF FM 95.3 from Opole in the same direction. 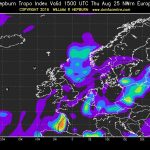 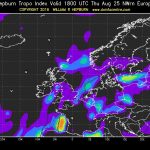 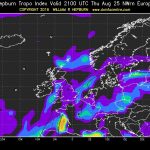 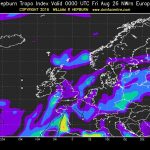 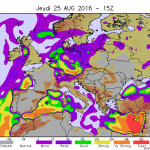 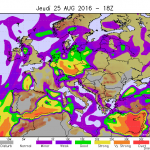 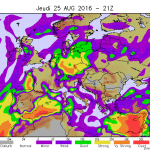 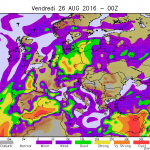 That was just a warm-up before the best propagation ever from Balkans and… Italy in next following days.